If you’ve five or more mates who love beer (and who hasn’t?) it’s time to get them together to explore Noosa’s world-famous breweries in comfort and style. And because we do all the planning, booking and driving, all you have to do is turn up and enjoy the experience!

Choose your pick-up spot and we’ll collect you and your friends in our comfortable COVID-safe air-conditioned minibus. We’ll drive you in luxury through the spectacular scenery of the Sunshine Coast to the first of three amazing Noosa breweries, Boiling Pot Brewing Co, a young brewing company with a cool, funky-urban warehouse aesthetic.  With a few tastings of the house beers to work up an appetite, your next stop is a filling-and-fabulous lunch and beer tasting in the Taproom at the Heads of Noosa Brewery. You’ll finish your tour on a high at the award-winning Land & Sea Brewery, Noosa’s original craft brewery before we drive you back in safety and style to your chosen drop-off point.

Minimum number per booking is 6, and we can take up to 24 people. Beer’s involved, so over 18s only!

Our Best of Noosa Breweries is perfect for groups of friends or work colleagues, for hardcore beer fans or for the occasional tippler. It’s a different way to celebrate a birthday or as a pre-wedding get-to-know-you trip for your guests. And it’s a fun day out for absolutely no reason at all. Who needs a reason when there’s craft beer involved?  Book a tour now!

The tour starts at your chosen pick-up point around our beautiful Sunshine Coast. Our experienced driver will drive you safely to your first stop, while you just relax on the short drive. Sit back, relax and gaze out the window at the fascinating Sunshine Coast landscapes and townscapes, or chat to your friends. Mid-morning you’ll be parking up at the first of our three awesome breweries, Boiling Pot Brewing Company.

Boiling Pot is Noosa’s newest Brewery, barely open a couple of years but making a big name for itself, and is anything but traditional. Housed in a refurbished urban-chic warehouse with seating at the front and brewing at the back, it’s designed to give every visitor a great experience. Sit yourself down in the sunny courtyard or in the taproom to sample Boiling Pot’s selection of golden brews. Choose from spicy Saisons to hoppy IPAs, a Rye XPA, and, our favourite, Bat Migration, a German-style Schwarzbier. 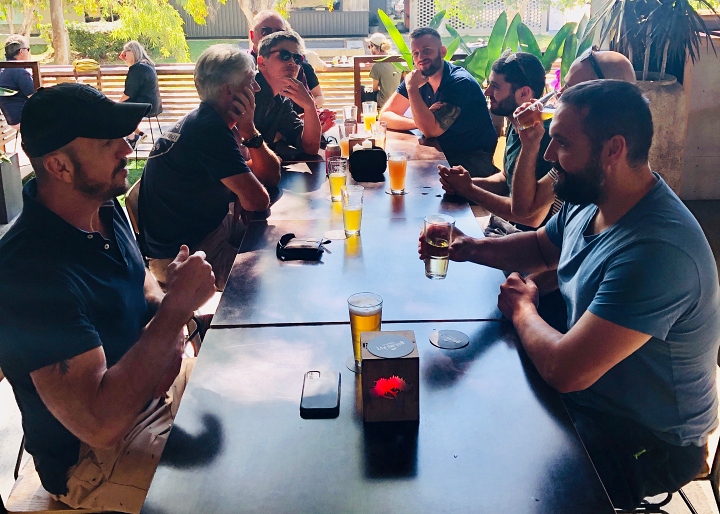 After you’ve sampled the delights of Boiling Pot, you’ll have worked up an appetite, which is just as well as next you’re heading off to our next Sunshine Coast beer stop at the family-owned Heads of Noosa Brewery for an amazing lunch and another super sample of locally crafted beer.

The award-winning Heads of Noosa Brewery takes its name from the magnificent rocky headlands nearby, which face the might and drama of the Pacific Ocean proudly. The Heads of Noosa team are passionate about lager and you’ll be amazed at their own take on this very difficult brew to nail down. From an oh-so-delicate Japanese-style lager to the full-flavored Summer Dusk or the malty Bock (and more), you’ll find the range fascinating and intriguing.

Oh, and did we mention lunch? Get comfy in the Taproom, from where you can watch some heavy brewing action in the brewery beyond, and enjoy the chef’s recommendation, prepared freshly in the onsite kitchen. Carnivores and veggos alike are catered for brilliantly. 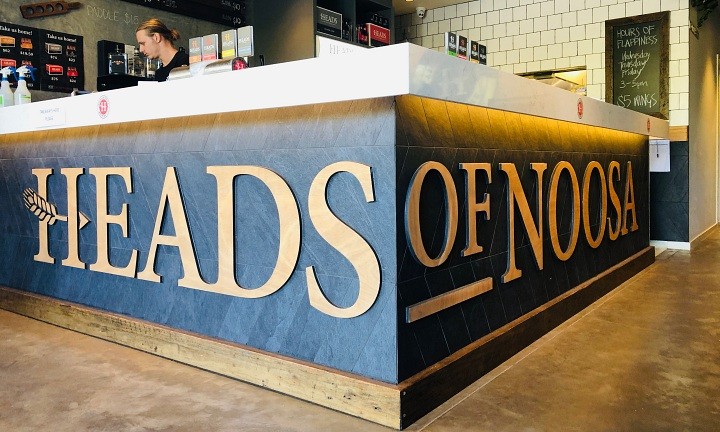 This is a chilled-out tour, so we don’t prise you from your lunch and throw you into the minibus for your next stop. There’s plenty of time to rest and digest, as well as try a few more samples of the Heads of Noosa specialist lagers. But we’ll get back on the road in time for your third and final stop, the Land & Sea, Noosa’s oldest locally handcrafted brewery.

The Land & Sea Brewery is off the beaten track and it has a relaxed, informal vibe and urban decor!. It also has a secret – it’s not just about the beer as it distills craft gin, too.

With a core range of six specialist craft beers, you’ll find something you really really like. Choose the refreshing Socializer for a heady mix of lychee, white wine and bubblegum (yep, this is still beer), or go Germanic with The Kolsch’s biscuity flavour and dry finish. And there are four other hand-brewed beers to sample, too.

After you’ve totally chilled out, it’s time to head back to your chosen drop-off point for later afternoon. 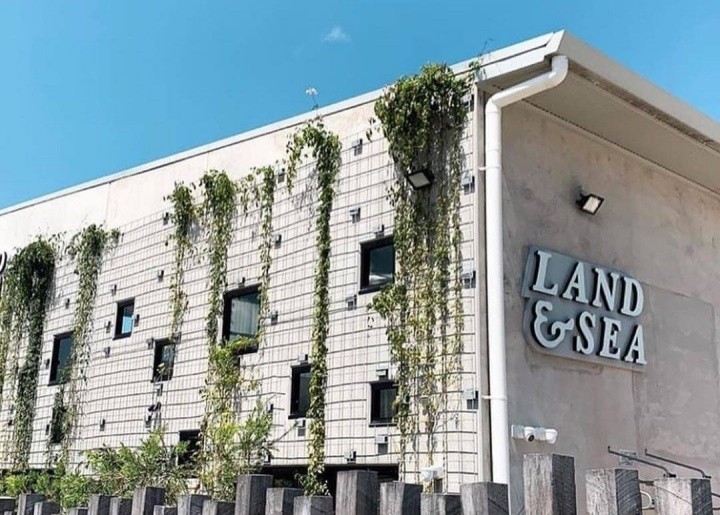